So…what is Butoh then?

1. What is Butoh for me? a poetry an event a sign; 2. Practically?; 3.At a glimpse this is what can be read about Butoh dance

Dreading answering. It happens and it happens a lot that people ask to explain in a very accessible way – and possibly short – to explain what Butoh dance is.

During Moving Bodies Festival, Ken Mai Yumiko Yoshioka Minako Seki Natsuko Kono Paul Michael Henry Yuri Dini and I often talked and reflected on the meaning of Butoh, its origins, if what we do should be still identified with Butoh, if it really only belongs to its founders. And what is Butoh? How can we describe, recount it in an accessible way, without mystifiers.

I suppose Butoh as a dance can be described in one sentence, though it requires many years to understand that fully. The understanding though comes through practice. Not intellectual reasoning. It must be danced.

To read more and more interpretations you can click on the pages: Hijikata, Ohno where I have uploaded interesting articles.

I have added links to books that can offer a wider understanding on the page Butoh: a useful bibliography

1. What is Butoh for me? a poetry an event a sign

The dance of life. As a dancer I am the shifting point, the witness, the nothing, the becoming all possibilities. I dance at the limen, the threshold between life and death, light and darkness, violence and affection. Passive and active rhythms move the world’s memories pushing me to create a dance.

My interest and research lay in the study of internal body methods. I like to give a lot of space and exercises that can allow internal body awareness e.g how does the skeleton move, how do I perceive fascia and myofascia, what does it mean not moving from the muscles. I like micro movements, stillness and slow movements. Once those are conquered, then fast-opposition-jumps become the staccato. Though I believe one needs to master stillness and micro-movements before launching into the ocean of possibilities. We need to master the structure to gain freedom.

To a good warm up I move towards composition through the stimulation of qualities memories creativity evocation.

I have developed this understanding through nearly 20 years of practice.

3.At a glimpse this is what can be read about Butoh dance:

From Butoh – Revolt of the Flesh in Japan and a Surrealist Way to Move, Part 2.

The desire for originality, the exploration of paths towards it, and the attention paid to obstacles that have blocked the way to the memory, is a constant in butoh (and in surrealism). To rediscover childhood memory, the movements of children, the life in the womb, the dead that live within the living, the pre-history of man, and “non-human,” animal or vegetable origins, recur in butoh – they correspond to the needs that are eternal in man. “My dancing originated in a place that has no affinity with Shinto shrines and Buddhist temples. (…) I was born from the mud and sod.” (Hijikata) “Butoh is for me a part in the whole, a kind of endless fetus movements – an energy that always is about to be born but yet never is born.” (Akaji Maro) “Butoh is a form that almost precedes dance, just as a child moves and plays before he dances.” (Akaji Maro) From the 70’s, Hijikata seeked the innocence of the child by avoiding too much thinking: “Now I am a frog, far away from the shadow of an idea.” He penetrated experiences of his childhood that had often unconsciously given forms to his dance. “He used the metaphor of a meal for dancers served on a plate, on which were placed the dancer’s liver, lungs, and heart. The plate was wide and shallow, and the dancer was encouraged to play with the organs and examine them. This is something that children do unconsciously.” (Yoko Ashikawa) Hijikata discovered that his students unconsciously began to move like the children of his native place in northern Japan. Hijikata’s personal roots were used as focus to reach the archaic in man. He told an Englishman: “I come from Tohoku, but there is Tohoku in everybody. There is even Tohoku in England.” Ashikawa “understood that Hijikata didn’t talk on a human level. It wasn’t on a personal level, but that he talked to humanity”, and she also says, “He realized that he could not be alone and continue dancing, so he found more people within himself.”

“Butoh plays with time; it also plays with perspective, if we, humans, learn to see things from the perspective of an animal, an insect, or even inanimate objects. The road trodden everyday is alive … we should value everything.” (Hijikata) “It is a question of tearing down the division in humans and animals and other species. There are lots of different living beings. Just take such a strange living being as man. The question is who first inhabited the Earth. Was it the will, was it the feeling? Man might just be one phenomenon. Is not man the one that is the least similar to a man?” (Akaji Maro)

Butoh’s origins are the wholeness of the human spirit, and its way of thinking comes closest to primitive ways. Its aspiration for complete involvement, for a point that makes the artistic performance to a ritual on a spiritual level where dream and utopia appear as real, goes much further than most modern dance, closer to magic rituals. “We have to trace back the history of the body to remote antiquity”, Isamu Ohsuka says, who in Bali of the leader of the village his group Byakko-sha visited, was informed that their performance was suggestive of an ancient trance dance. In Eiko Hosoe’s film Kamaitachi, Hijikata improvises dances in the rice fields, as the innocent, the fool, possessed by the spirit of a demon who haunts there. Hijikata was “neither modern nor primitive: the two at the same time.” (Min Tanaka) One of Sankai-juku’s performances is called “Homage to Pre-History” and Tanaka says: “My actual work is to awaken emotions of the body sleeping in the depth of history. It is not necessary to accentuate the presence of the dancer.”

One thought on “What is Butoh?” 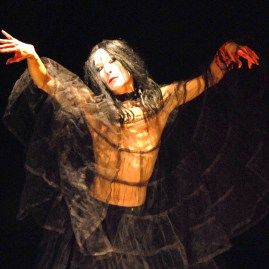 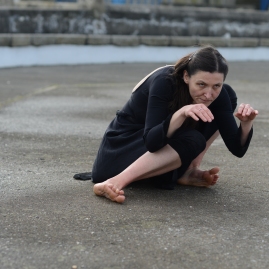 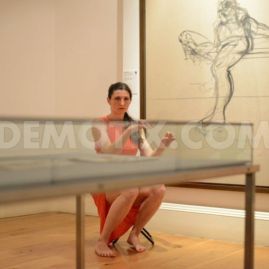 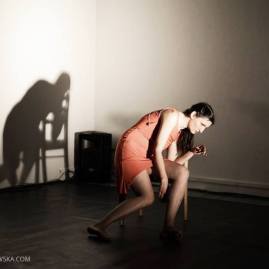 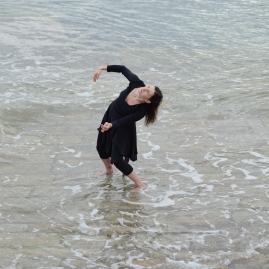 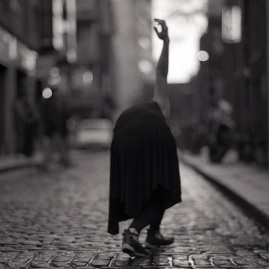 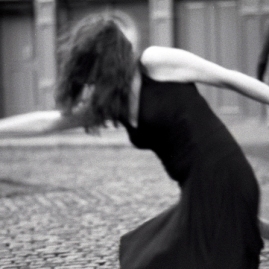 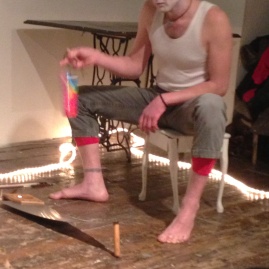